Wildhearts frontman releases his 3rd solo album which is really his first proper studio LP. Can it live up to his illustrious past? 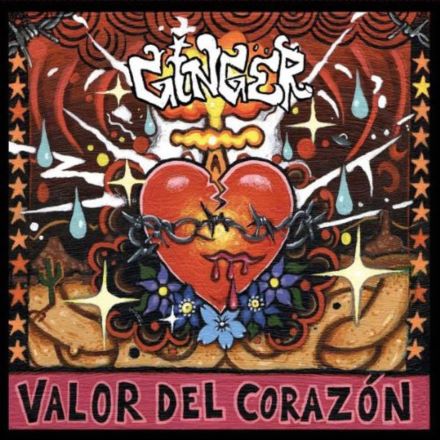 Our Ginger has had a chequered career, in fact you could write a book on the ups and downs of this mans life, but I don't really have the space for that here so let's simplify things: on his day I rate Ginger as one of the finest rock songwriters there is, however, his first solo release "A Break In The Weather" which was a collection of his 6 singles with their b-sides was utterly abysmal, one of the worst records I can remember sitting through. How can a man who has written such rock anthems as 'I Wanna Go Where The People Go' come up with rubbish like 'The Saga Of Me & You' is beyond me.

So that said, I'm a mix of emotions throwing on this new double CD. The rock press are heralding a welcome return to form but I've been stung recently and the wounds are still fresh. Ginger though is the type of character to rise to a challenge, when his back is up against the wall (such as the turmoil his personal life has been in of late) he pours it all back into the music and generally produces the goods.

The main word for this double album is "variety". The range of material is quite impressive and can be summed up in the first 3 tracks, from the Endless Nameless feedback style of 'Ugly' to the more Wildhearts style with a heavier emphasis on pop of 'Mother City' to the instrumental featuring saxophones and trumpets of 'GTT'. That's a lot of bases covered in just 10 minutes and could be a recipe for disaster, but Ginger carries it off with his keen ear for melody. And those melodies sound as great as ever, tracks such as 'Yeah, Yeah, Yeah', 'Only Lonely' and 'Keep It Cool' is the sort of thing we have come to expect from this Geordie genius. What we're less accustomed to is piano ballads, country rock and synthesiser style experimentation, but all feature somewhere or other and fit right at home. The majority of the rest of the material is made up of Ginger's trademark style of heavy rock which there's sadly little of about in the rock/metal scene these days, thank goodness then that he's treating us to a double albums worth, a ploy which has backfired for other bands.

Lyrically Ginger has never been so open and honest. Valor Del Corazon (which means Strength Of Heart) lays bare one man's heart and soul and is packed full of deeply personal lyrics centring around the painful breakup with his girlfriend last year. That said, don't expect a depressing doom-and-gloom affair, personally I don't think I have ever heard such sad lyrics as "And the gap just couldn't get wider between us...and still it does" or "Tears wont clear the scene, And sorrow wont build me a time machine" sung in such an upbeat manner and welded together with such uplifting guitar riffs.

This record is a triumph on so many levels for Ginger, it may not be perfect but it's a welcome return to form for such an important songwriter and goodness knows the rock scene needs his sing-along anthems right now. The material stands up well in the live environment and with the promise of a second album before the end of the year the future's bright, the future's Ginger!

Reviewer: Marky Boy
The verdict: 8 - It's great to have Ginger back on song after the disappointments of last year