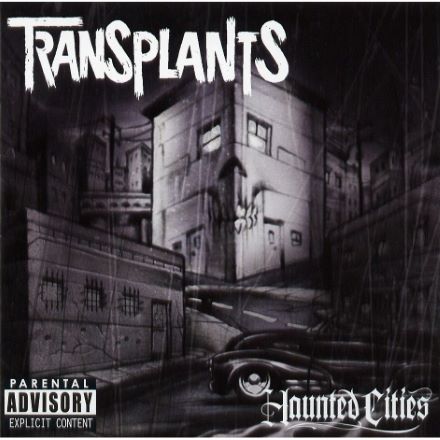 You'd forgive Tim Armstrong if he decided to give up on doing any more Transplants albums after this. When it came to promoting the last record his wife had left him. This time round, friend and Rancid bass player, Matt Freeman is undergoing treatment for cancer. You really don't like to think about a third album...

My take on their debut album was that in a couple of places it was utterly superb but in most others extremely average (bordering on poor). The big difference this time round is the level of consistency, there really isn't a dull track on here and that's impressive considering the wide range of styles covered. Of the 12 songs on offer there are 2 that are as far removed from what you would expect from these 3 guys as possible. 'What You Can't Describe' featuring the Boo Yaa T.R.I.B.E. sounds like an R'n'B song more than punk and similarly 'Crash And Burn' featuring Rakaa takes us to unchartered territories, but credit where it's due, the Transplants trio equip themselves well, in fact I'd rate the latter as one of the highlights of the album.

First and foremost though The Transplants are punks and opener 'Not Today' encapsulates everything that we love about them: great punk beat, different vocal styles combining to great effect and shouty Oi-like chorus. Dealt like a sledgehammer to the face it leaves you battered, bloodied and bruised in 2 minutes and 41 seconds and thirsty for more. 'American Guns' and 'Madness' follow in a similar vein without reaching the same levels of intensity.

Elsewhere the range continues to broaden with the industrial/Prodigy like 'Apocalypse Now', the laid back Caribbean feel to 'Gangsters & Thugs' taking Armstrong's trademark drawl style vocals to extremes, while 'Killafornia' with B-Real could really be a Cypress Hill song featuring The Transplants rather than the other way round.

Now I said earlier that there weren't really any stinkers here, but by the same token there's only a few moments of the utter genius that we all know Armstrong is capable of and that's a great pity and means that The Transplants will continue to remain a poor cousin of the day job.

Reviewer: Marky Boy
The verdict: 7 - Definite signs of improvement. All in, a more consistent album than its predecessor but still lacking a bit of magic to make it an essential project. Note: On 25.06.2005 Epitaph posted a message stating that Matt Freeman's surgery had been successful