Supergroup formed from the ashes of Guns N Roses and Stone Temple Pilots. Sounds good on paper, can they live up to the potential? 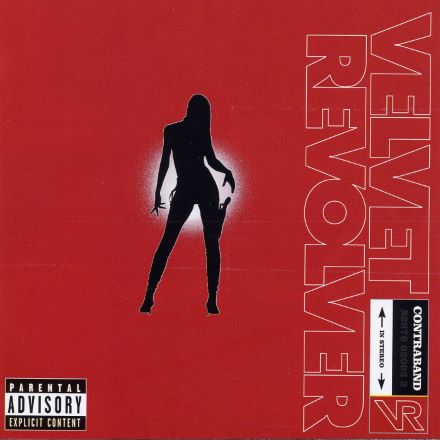 I could use up the entire space here (and then some) just talking about the 5 members of this band: 3 ex-members of Guns N Roses, the tortured singer from Stone Temple Pilots and the quiet guy with an impressive CV. But that would be a crime, because what we're really interested in is ' what's the music like? Do they cut it the way they should? Fortunately the answer is - hell yes!
Velvet Revolver have put together a fantastic mix of good old fashioned down 'n' dirty rock 'n' roll with an ever so subtle touch of 80's glam. Think Appetite For Destruction with a far superior vocalist!
Among the highlights Slither, the first single and obvious signature tune is a wonderful all-out rock 'n' roll stomp, Sucker Train Blues, aptly titled as it blasts out your speakers like the inter-city 225 coming right at you and Falling To Pieces a superb rock ballad with real emotion (I challenge you to watch the video and not be moved by Weiland's exorcising of demons).
Elsewhere the range of music continues to impress whether it be flexing their muscles on Set Me Free or showing elements of The Beatles on You Got No Right.

Unsurprisingly the lyrics mainly deal with the past horrors of these battle scarred veterans who have fought addiction and lived to tell the tale and pass on warnings to their listeners such as 'Get away from the drugs you're taking and Can't stop drinking I'm cold kicking and bleeding'.
In a nutshell, it's the album it promised to be with such a phenomenal line up, following in the footsteps of Audioslave in disproving the theory that supergroups don't work.

Reviewer: Marky Boy
The verdict: 9 - Ladies and Gentlemen, I give you the album of 2004. Welcome back lads.