The much anticipated second album from Slipknot has finally arrived. A lot is expected from IOWA, can Slipknot deliver? 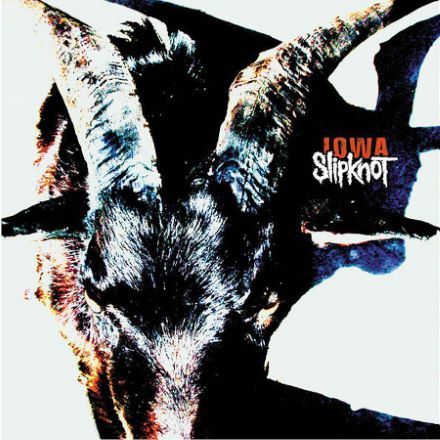 In 1999 I was skimming through a give away CD and came to a track by a group of guys in masks that seemed to be wanting to ride the wave of Marilyn Manson style freak/fetish style popularity of the time. Expecting nothing, I let [b]Surfacing[/b] play. Life has not been the same since

There are very few bands that have had the impact on me that Slipknot did. At a time when great bands such as Metallica, Sepultura and Machine Head were no longer the heavy monsters they once were and punkier nu-metal was the dominating force, the heavy and brutal sounds of Slipknot were totally unexpected, not to mention greatfully received. They took us by storm and gathered swarms of maggots (Slipknot fans) everywhere they went. Even my home town, once a haven for the techno loving, track suit wearing neds, is now filling up with kids in Slipknot tops

Now, could the second album live up to the impact of their debut release?

With the release of [b]Iowa[/b] put back several times and ever repeating boasts from the band of how much heavier the new album was going to be I couldn't help but think that I'd heard it all before. Eventually the first single from the album emerged and was getting some pre-release play time, [b]Left Behind[/b] was there to tell me that my fears were unjustified. The album followed and I was every bit as impressed with it as I was with the first one. [b]Iowa[/b] is a heavier experience than their self titled debut. After a brief intro the mayhem kicks off with the superb [b]People = Shit[/b] and continues unchecked through [b]Distasterpiece[/b] and [b]Everything Ends[/b] (my personal favorite) to name a few, until [b]Gently[/b], some what unusually named for a Slipknot song but I suppose everything is relative! With the brief 'rest' over, the album continues it's brutal assault with [b]Left Behind[/b] and [b]The Shape[/b] all the way through to the final track, titular song, [b]Iowa[/b], which disappoints a little. I did expect the end track to finish me off with a final assualt on my ears but the 15 minutes of this track are fairly slow and never builds up to much.

Reviewer: Steviepunk
The verdict: 9 - Us maggots had nothing to worry about, believe the hype.