One of the foremost bands of the NWOBHM who pioneered Power/Speed metal and paved the way for bands like Metallica. They toured America in 1983 with Metallica as support! This is their second album where they just went for it! 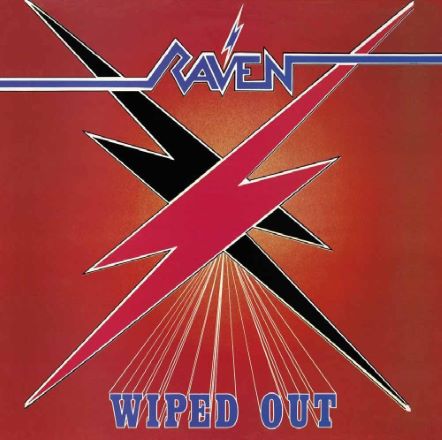 Raven were formed in 1974 and started off doing Queen, Deep Purple and Status Quo covers and their first gig was in their local High School! They started off as a four piece but gradually ended up with the classic Raven line up of just one guitarist and the unique Raven sound was born. The (original) Gallagher brothers were also heavily influenced by Judas Priest and Black Sabbath and became otherwise known as 'Priest on Speed'!

Wiped Out was their second album. Their first album [b]Rock Until You Drop[/b] was as heavy as lead relying more on power chords than outright speed and for many people this was the classic Raven album but for me [b]Wiped Out[/b] is the true classic. As Raven put it themselves they decided to play as fast and as crazy as possible but with songs under it all! The whole album was recorded and mixed within a week. The track [b]Faster Than the Speed of Light[/b] has John Gallagher's vocals reaching Hyperspace and is still nippy by today's standards but in 1982 it was a phenomenon! [b]To the Limit - To the Top[/b] is the only Heavy Metal song I know about Mountain Climbing and is full of Pseudo - Classical guitar and bass runs&
[b]Star War[/b] has a crunching riff and sounds even better live. [b]Chainsaw[/b] is just Mad!! The ending sequence was a recording of them trashing the studio! True Rock n' Roll!!

This album was named by Marty Friedman (the ex-Megadeth guitarist) as one of the albums that influenced him the most and has named Raven as one of his favourite bands. Raven also influenced Kreator who covered the track [b]Lambs to the Slaughter[/b] from the [b]Rock Until You Drop[/b] album.

Raven were the pioneers of Power/Speed Metal.

Reviewer: El Tel
The verdict: 10 - Perfection! A true NWOBHM classic that should be a part of any true Heavy Metal fans collection