Bad Religion axeman, Epitaph head honcho and all round Punk guru teams up with some other big names for a punk meets industrial side project 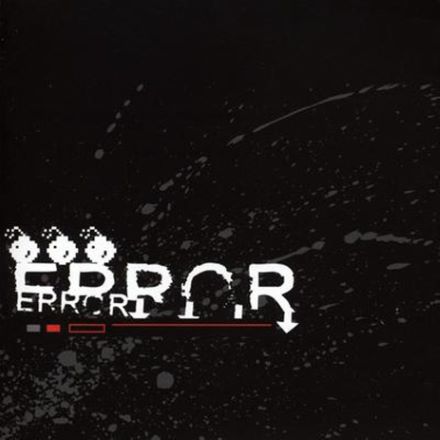 Like most folk I imagine, I came across Error on the Punk O Rama Vol 9 compilation and was blown away by the track on offer there: Burn In Hell. What's more, when I looked into who was making this racket and discovered that Brett Gurewitz (of Bad Religion and Epitaph fame) was one of the members, well, I just had to get this EP.

So how do you describe the Error sound for the uninitiated? Well it's punk, it's distorted, it's loud, it's hardcore, it's sick, it's twisted, it's dangerous, it's the sound of frustration and anger mixed together, it's a right good kick in the nads!

Nothing's Working sets the stall out early, bludgeoning it's way through the aforementioned cocktail in little more than 2 and a half minutes. Homicide, releases the strangling grip ever so slightly, allowing us small gasps of breath before Burn In Hell kicks in and Gregg Puciato's vocals fly right off the psychotic scale. Jack The Ripper sounds like The Prodigy just met Nine Inch Nails in a dark alley and they kicked the utter crap out of each other. The craziest track, however, has been saved for last. Brains Out contains a mere 13 words, lasts longer than any of the other tracks and in places sounds like it's got a guest appearance from Sebulba (from The Phantom Menace). And that's it folks, seventeen minutes and twelve seconds later your head will be swimming and thirsty for more.

Put simply, believe the hype. If you've heard anything of Error then you will know all you need to. It's interesting enough for 5 tracks - will it keep the attention for a full length? I don't know, but I'll be first in line to get it whenever it arrives to find out.

Reviewer: Marky Boy
The verdict: 8 - Insane fusion of Punk and Industrial, bring on the album