Former Guns N Roses, current in-limbo Velvet Revolver man keeps himself from getting bored looking for a new singer by going out with his part time side project band. The question is can this band live with his past glories, is it just something of interest to the man himself and a waste of time and money to the rest of us? 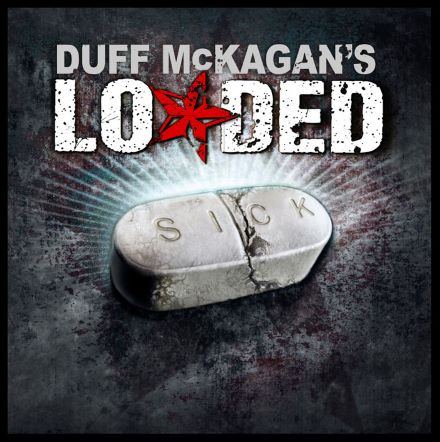 Former Guns N Roses, current in-limbo Velvet Revolver man keeps himself from getting bored looking for a new singer by going out with his part time side project band. The question is can this band live with his past glories, is it just something of interest to the man himself and a waste of time and money to the rest of us?

It's confession time. When I was a teenager I wanted to be Duff McKagan. I played bass guitar, Guns N Roses were my favourite band, he had a ton of money, good looking chicks around him ? he was my hero. Over the years my obsession has calmed itself into admiration but as my music tastes have diversified and I've become more picky about what I buy and listen to I have to face up to the fact that not all Duff's albums are great. The man has contributed to something like 20 albums since GNR released the Use Your Illusions so I guess we can cut him some slack for the occasional below par record but you just never know what to expect from him: something great like Contraband or something mediocre like Libertad.

Loaded released an album in 2001 but the line-up for this record has changed since then. Duff plays rhythm guitar and does vocals and from what I saw live on stage handles these duties well and there's not a lot to criticise the other band members for when it comes to musicianship.

So to the album Sick - ever referred to an album as 'a grower'? Add this one to your list. After 1 or 2 plays I was pretty much unimpressed. I certainly didn't think it was a bad album but if it hadn't been for this review I would have given up there and consigned the CD to the shelf and dust gathering duties. Thank goodness for Grindaar reviews then! Because locked away in this collection, and available to the perseverant and good old fashioned rock lovers are some gems.

The whole album zips along a great pace, the first 8 tracks all clock in at less than 4 minutes each, it's fast, it's uncomplicated, it's to the point, there's no fat, it's the way rock n roll is supposed to be!

Sick is a strange track to lead off the album and even name the album after because quite frankly it's possibly the weakest song of the lot, it's lacks a decent groove and just feels in-cohesive. Right on it's tail however is Sleaze Factory with it's great rock riff to pound the verses along to the stomping chorus, it contains all the ingredients that made you love rock music to begin with.

Things then plod along nicely if unspectacularly for a while. IOU, I See Through You, Flatline all do the job. Just as you start to get restless however, things really take off and the album closes on a whirlwind of 4 excellent tracks that leave you desperate for more. No Shame is mid-paced but contains a fabulous rock groove. Blind Date Girl has a style that wouldn?t have been lost in the 60's but it's got more balls than anything the 60's had to offer and is just great fun. Wasted Heart, the second ballad on the album was chosen for the precursor EP a few months back. At the time it struck me as an odd choice because it's not a true reflection of what this bands style is but within the wider context of this collection it stands as a triumph. No More finishes us off with yet another quirky, fun tune.

All in all this is a good time rock n roll album. If you like traditional classic rock music then you'll find enough in here to justify checking it out. Anyone looking for another Appetite For Destruction or Contraband will need to think again.

Reviewer: Marky Boy
The verdict: 7 - a real toss up between a 7 and an 8 but to avoid setting high expectations we'll take 7 and then you can be pleasantly surprised!