Drummer Chris Adler apparently saying that "'Wrath' needs no hype. We have topped ourselves", a bold claim to make, so now we see if 'Wrath' does indeed speak for itself. 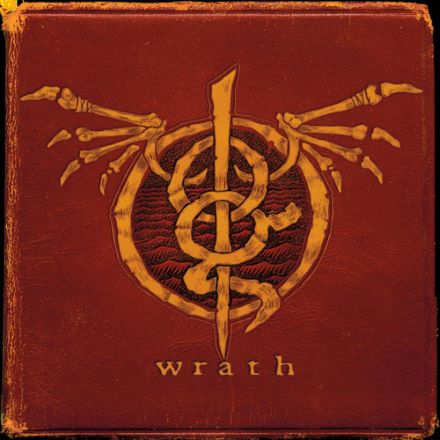 Arriving almost 10 years after the band's debut album ('Burn the Priest' - they were also called 'Burn The Priest' back then, before changing their name for their 2000 release 'New American Gospel') Lamb of God bring us their 6th album. Drummer Chris Adler apparently saying that "'Wrath' needs no hype. We have topped ourselves", a bold claim to make, so now we see if 'Wrath' does indeed speak for itself.

The album opener 'In Your Words' provides a subtle introduction, with soft acoustic guitar providing an introduction with a fairly mellow and slow tune to follow. Of course the soft opening does not indicate the overall tone of the album, and the opening gives way to the fast and heavy guitar rhythm that opens 'In Your Words' and launches you into the album proper.

The album continues with the heavy and hard pace for the rest of the album with only a few exceptions, 'Grace' provides a gentle started, for a few seconds anyway, before launching into a suitable fast drum beat. Another example? The closing track, 'Reclamation', offers a slow acoustic guitar start and again, once the songs gets going you're on your way to a 7 minute epic. These two brief intro's are the only rest you'll get on this album as Lamb of God give an otherwise relentlessly heavy assault.

It's obvious from the start that Lamb of God have put their heart into this album, from the energy in the music to the overall polish and refinement of the sound, Wrath sounds new and fresh while maintaining the sound that the fans are used to hearing. It's good that a band doesn't feel the need to reinvent themselves after a decade!

Wrath is a very solid album and while I can't name a single weak track, there are a few that really stand out for me; 'In Your Words' with its aggressive open guitar, 'Everything To Nothing' for its unrelenting pace and memorable lyrics and 'Set To Fail' for some tremendous riffs and catchy vocals.

There is no denying that this is a good album, and it would seem that Chris Adler was justified in his claims, 'Wrath' doesn't need any hype as the album does speak for itself. If you like heavy music, then this is definitely an album that you should be checking out.