Brazilian metal legends Sepultura have been soldiering on since Max Cavalera left 10 years ago, time to find out if they're surviving on former glories or are still a class act. 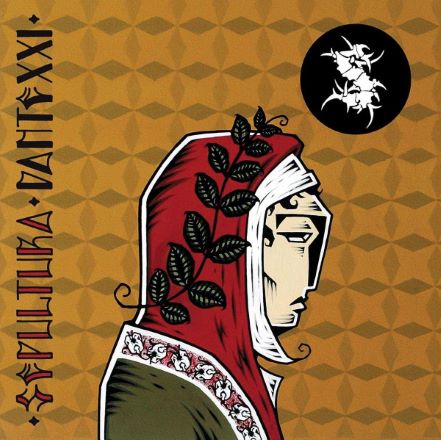 Hands up if it has taken you 4 months to write a Sepultura review? Yeah, yeah, ok, so we at Grindaar have been a bit lazy over the summer. We've been out enjoying the sun, drinking beer, been on holiday, drinking some beer, cooking some barbeques and drinking some more beer. But now the temperature has dropped a couple of degrees it's time to get back to work and there's a ton of new releases on the metal scene requiring our attention.

But let's go back a bit first and take care of some unfinished business. Back in March I started a review on the (then) new Sepultura record Dante XXI which I was really looking forward to hearing, especially after some claims in the rock press of a return to the Beneath The Remains style. Of course that claim was a tad hard to believe because in all honesty, since Max Cavalera left the band some 10 years ago Sepultura have failed to capture the imagination to quite the same level. In my opinion they've still managed to come up with some mighty riffs but the songs in their whole state don't quite realise their full potential. So, could album number 4 for this incarnation of the band (oh how things can change in 4 months!) be any different?

Opener Dark Wood Of Error is a bruiser of a song, flying out the speakers and hot on the heels of the atmospheric intro with a piledriving riff and drum beat which lasts a minute and a half before Derrick Greene barks his first words. It's a brutal start but the chorus seems a bit start-stop and loses that initial crushing impression. The same could be said for the majority of the material on offer here, just when you think things are about to get really interesting they take a sudden left turn and leave you scratching your head, tracks like Convicted In Life and Crown and Miter have impressive riffs but not much more and while no-one could ever question Andreas Kissers riffmeister status you can't help but notice there's one guitarist and style on show and some tracks would benefit from the extra meat of an additional axe-grinder.

Occasionally they do hit the mark with songs like Buried Words and Ostia which are album highlights but would have struggled to make b-side material during the bands glory days. All of that is undone however by lumbering numbers like Fighting On and Nuclear Seven which are more mid-tempo tracks which fail to find any spark at all. But in amongst this mediocrity are some utterly bizarre intro's with cellos and horns of all things (how metal...it really leaves me dumbfounded) but to top it all off the album closes with Still Flame, by far and away the strangest song you are ever likely to hear in the Sepultura repertoire, it would surely have been better saved from record and used as a poorly lit build up to the bands entrance at a live show, here though it's just an incredibly strange statement to end a metal record with.

And that's all there is to say about Dante XXI sadly, it promises moments of magic but ultimately it's a big fat disappointment. Since the records release drum legend Iggor Cavalera and brother of former vocalist/guitarist/songwriter Max has decided to call it a day and leave the band, citing the musical direction as his reason (one listen to this record and you wont be surprised!) - where this leaves the others I shudder to think, can Sepultura continue without a Cavelera? Time will tell. When all is said and done though, it may have been coming for 10 years but it's a sad final statement from the Cavalera's in Sepultura, a disappointing way to end a fine metal legacy.