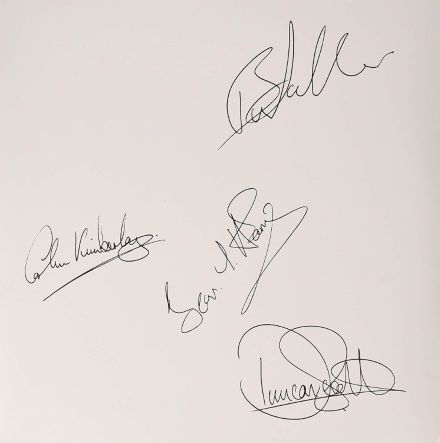 The White album as it is now known was only available Mail Order financed by the band themselves. The album came in a plain white sleeve signed by the band.

The sound of the band at that time was unique, blending huge riffs and power chords with complex, arrangements and dynamic time changes. The band had a great sense of melody. Vocalist Sean Harris posessed a phenomenal voice, with a vast range. Comparisons to Led Zepplin were made at the time but that didn't do the band justice. Tracks like The Prince were full of power and melody, while Am I Evil has a riff that just builds and builds with a nod towards Sabbath. It's Electric is another track with a fantastic riff which twists and turns along the way. Only the weaker track Sweet and Innocent lets the album down.

Four tracks from this album were played live by Metallica when they started out - The Prince, Helpless, Am I Evil and Sucking My Love and they were the main influence of Metallica who became what Diamondhead should have been if they had not decided to become more commercial. A classic album by a classic band who also influenced Dave Mustaine of Megadeth.