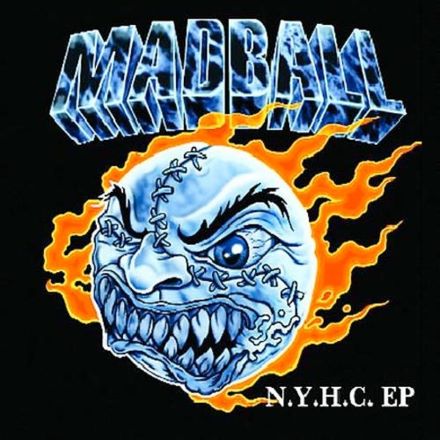 It's been a wee while since we last heard from Madball, 4 years actually since they released Hold It Down and were then forced to disband. If like me you're a bit of a Madball fan then you might be disappointed to see only 4 tracks on their comeback but fear not, because there is an excellent surprise package included here in the shape of multimedia footage.
What we have here is pretty much what we've come to expect from Madball: crunching guitar riffs that will blow your head off and vocals that will have you reaching for the throat soothers just listening to them. Sadly though there's just that little bit of 'something', that little bit of magic, that was present on the first 2 albums that's still missing. Where their early work had the melodic brains to match the riffing brawn, there more recent material can seem slightly one-dimensional at times.
Of the tracks on offer Tight Rope stands as the best while closing number Para Mi Gente is Pride (Times Are Changing) from '96's Demonstrating My Style with Spanish lyrics.
The multi-media section makes this EP a worthwhile purchase comprising a documentary which will give you an informative history of the band as well as an introduction to the two new members.
At the end of the day though it's the music we're interested in and while it might not be the best Madball have ever recorded there's still enough here to suggest a full length will be worth checking out. This was always intended as a stepping stone in their return and the documentary sums it up at the end of the credits with the words "To all our Family, Friends and Fans Worldwide - WE'RE BACK!"

Reviewer: Marky Boy
The verdict: 7 - Does exactly what it says on the tin: brutal New York Hardcore