And so here it is, the Swoj Staff top 20 albums of the decade. Some years have been better than others but overall there have been a lot of great moments in the heavy rock world to be celebrated from the last 10 years. No prizes for guessing who our band of the decade is either after claiming 4 positions in the top 15, including #1 and #2!!! Here's to the rock/metal/punk world going from strength to strength in the next decade. 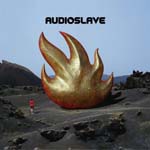 20. Audioslave - Audioslave
On paper it sounded ridiculous, Rage Against The Machine with Chris Cornell, the Black Hole Sun warbler to the backing of rap/rock? Not at all. Audioslave took the storming riffs of Morello and the rhythm groove of Commerford and Wilk, rounded them off more than they had done in the past and added the polished vocals of a true rock singer and unleashed a mighty debut album that hinted at the majesty of Led Zeppelin. Sadly it didn't last.

19. Velvet Revolver - Contraband
The return of 3/5 of Guns 'N' Roses was always going to register some interest but the music did all the talking as Slash, Duff and Matt teamed up with Stone Temple Pilots vocalist Scott Weiland and guitarist Dave Kushner for a blistering collection of heavy rock, the likes of which the world probably hadn't heard since Use Your Illusion. Axl couldn't respond. 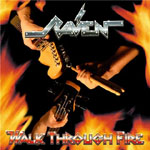 15. System Of A Down - Steal This Album
Released the year following Toxicity, Steal This Album has the unusual distinction of being the weakest album SOAD has released, yet with the amazing quality of the bands other albums this doesn't mean that the album is not good! SOAD on their 'off' day still manage to trump many other bands out there. 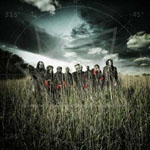 14. Slipknot - All Hope Is Gone
Carrying a darker theme than their previous album, All Hope Is Gone continued with the bands energetic style, twisting it in many directions to create something with a more eclectic overall feel. 13. Megadeth - End Game
You never know what you're going to get from Dave Mustaine: a foul mouthed tirade or a peace offering; a has been metallers who's had better days or a riff-meister extraordinaire. Whatever it is that makes him tick, he's rediscovered his mojo and with a new band around him is again pushing the boundaries of thrash metal to the absolute limits. 12. Viking Skull - Born In Hell
A real surprise package. Who could have thought that a stop gap band for Raging Speedhorn and their roadies in between tours would reconnect metal lovers with their first influences? Blending Sabbath with AC/DC the debut album was so good it merited the band going full time (albeit with some new members). 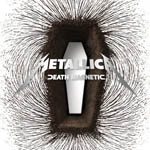 11. Metallica - Death Magnetic
Eagerly anticipated, like all Metallica albums, Death Magnetic had a lot to live up to as fans wanted to see a return to the Metallica of old. With a layered and complex style similar to '...And Justice For All', this album certainly brings back what we love about Metallica and is a great way for them to see out the decade. 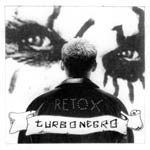 10. Turbonegro - Retox
In an age of neverending reunions and cash ins, without doubt, the best and probably least publicly celebrated reunion of the decade was that of Turbonegro. The good news for fans of classic, down n dirty rock n roll is they get better with each album. 'Do You Dig Destruction'? hell yeah we do! 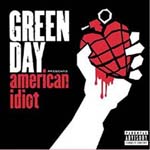 9. Green Day - American Idiot
They may not release albums regularly now and they may not be punk in the truest sense anymore, but when they do they do come along they are well worth the wait and it's obvious time and care (and a certain amount of genius) have gone into crafting and moulding masterpieces. Possibly the most talked about rock album of the decade. 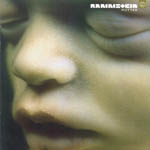 8. Rammstein - Mutter
Another band who have had a superb decade with 4 very strong albums. Rammstein kicked off the decade proving they were no one-trick pony following the worldwide success of the track Du Hast. Mutter is arguably their best album to date featuring the stomping Link 2-3-4 and Feuer Frei.

7. Machine Head - The Blackening
With Machine Head having found their form again in their previous album, it was still a surprise to hear The Blackening for the first time and realise just how much further the band had climbed. The album had everything you'd want in a metal album, thoughtful songs, amazing guitar work, ferocious drumming and aggressive vocals, all wrapped up in a collection of powerful and epic songs. 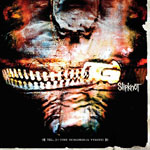 6. Slipknot - Vol 3. The Subliminal Verses
An album made during a turbulent time in Slipknots history, with a great deal of conflict between the band members during its creation. However you wouldn't know it, with the album carrying the trademark energy and aggression that the band are known for. An album packed with great songs and stands out as their best album this decade. 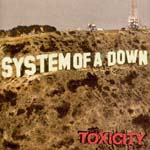 5. System Of A Down - Toxicity
The second album from SOAD came with very little fanfare but it made an immediate effect. Not just pleasing their existing (and at the time relatively small) fan base and the critics but also winning them legions of new fans in the process. 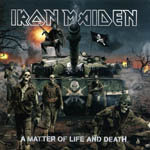 4. Iron Maiden - A Matter Of Life and Death
You can't keep an old dog down. Worse yet, you have no chance with 6 of 'em! This decade saw the return of Bruce Dickinson and Adrian Smith to the Maiden fold and who could have predicted the impact it would have had? Maiden went straight back from playing bog standard clubs to selling out arenas and A Matter Of Life And Death has been widely regarded as their best album in over 20 years, it's no coincidence that they've since achieved world domination. 3. Trivium - The Crusade
Trivium are without doubt the biggest newcomers to the decade. Although all their albums have been well received it was 2006s The Crusade that really took them into the big leagues with it's early Metallica styles. We were definitely excited about System releasing 2 albums in one year but no-one could ever have imagined how brain meltingly brilliant Mezmerize would be, launching with the utterly physchotic BYOB, the pressure rarely let up and it was a thrilling ride of an album. Hypnotize released 6 months later was a slightly different beast, mainly following a trend of 1 typically SOAD insane song, 1 more controlled but equally devastating track, it was more of a rollercoaster and not quite as unbelievably brilliant as its brother but a classic nevertheless.